I knew nothing about Kings Canyon National Park–it’s a best kept secret and, I have to admit, I’m happier for it.

Kings Canyon isn’t an “in-your-face” park. It slowly reveals itself to you. Every turn down the mountain-face to the canyon floor exposes the true grandeur of this canyon. Dare I say it?–This park is even as majestic as Yosemite’s valley. The juxtaposition between the snow-covered grounds of Sequoia and the 70°F temperature of the canyon’s floor was not lost on me. Microclimates–who doesn’t love them?

We slowly made our way down to the canyon floor. A fire had left its calling card at the entrance to the park last year. Burnt skeletons of trees silhouetted against the bluest sky with the whitest clouds–wildflowers carpeting their feet in a riot of color–were the perfect contrast for the imposing granite cliffs of the canyon. The trees were beautiful, even in death.

We cruised along the canyon floor; the Kings River showing off its awe-inspiring power beside us. I rolled down my window to soak it all in…the roaring, roiling river, the warmth of the sun kissing my face, the smells of springtime. It was transcendent.

We stopped to admire Grizzly Falls. Although not of a grand height, it was one of the most beautiful waterfalls I have ever seen. It was a simple waterfall that packed a punch. The force of the water sprayed us from a distance; the sound of it was deafening. Although Roaring River Falls down the road was touted as “the one to see”, it lacked the powerful grace of Grizzly Falls.

The cloud cover over the mountains in the distance made photographing them nearly impossible. That being said, I was able to see the remaining glaciers on these mountains. They were impressive–relics of bygone eras disappearing before my very eyes. The next generation of children may never see these treasures. It saddens me.

We drove to the parking lot of the next falls. We slowly walked up the sun dappled path. The aptly named Roaring River Falls was soon before us. Spring melt made this an angry falls–unforgiving and not to be reckoned with. So much water threw itself off this tiny waterfall to end up in the river below.

I hadn’t planned on this park offering so much in regard to sheer beauty and solitude. I really wanted to camp and hike here in the worst way, especially after our sad debut with Pinnacles National Park two days before.  Sadly, we had already spent more time in Kings Canyon than originally planned. With a heavy heart, I took a deep breath, smiled, and turned to go. I felt like I was leaving my best friend behind, unsure if I would ever see him again.

Retracing our path through the canyon (there’s only one road in and out), we stopped to take photos of the cliffs and wildflowers we were leaving behind. Once out of canyon, we quickly headed to the general store in the other part of Kings Canyon for provisions (where I promptly left my sunglasses behind), and made haste to our next destination, Death Valley.

2 thoughts on “Humbled in the Land of Kings”

Enjoying the Outdoors and Traveling on a Budget

Where I’ve been lately

Chilling in the Everglades

View from a roadside pullout 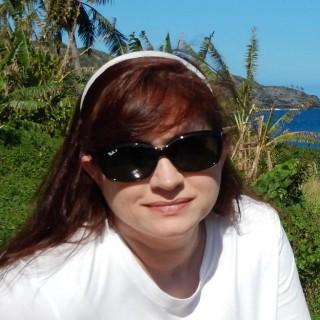 I was born and raised into a working-class family in a suburb of Buffalo NY. I'm an avid traveler, hiker, camper and adventurer. I've enjoyed vacationing in over 20 National Parks and have taken part in the local cuisine found in over 25 US states. This being said, I've found that sometimes the best adventures and delicious foods can be found in my own backyard. This blog is for everyone who likes adventures -- big and small, at home and away.